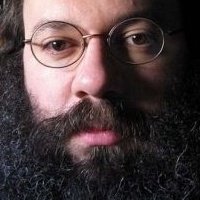 Powered by dBMonkey
The Rise of Fascism in the American Energy Business
Posted Dec 8, 2018

The following ebook was originally published by Brother Jonathan Gazette (brojon.org). That website no longer exists. It is archived at archive.org, but since there is no guarantee it will remain there (don't be surprised if that entire site eventually gets shut down for "copyright infringement") I have decided to reprint here as well. It's always good to have multiple backups, and this is a story that everyone needs to know. Of course there's no guarantee it will remain here either, so print it out and save to your own computer!

It is problematic that there are no references included and I have not been able to find support for some of the specific claims (particularly Herbert Hoover's alleged discovery of oil off the coast of Vietnam). I would prefer more substantiation, but it hardly sounds like the incoherent ramblings of a madman. Relative to everything else we know, the motives for war outlined here are more plausible than any other theories, and far more so than what our government and mass media would have us believe.

BLACK GOLD HOT GOLD
The Rise of Fascism in the American Energy Business
by Marshall Douglas Smith
May 7th, 2001

The Hidden History of the International Corporations which Created and Controlled the Events of the 20th Century. As We Enter the 21st Century "... The new Empire of Energy was just scant years away from complete world domination." Price rises and world oil wars were the payoff.

Chapter 5 was never published and Marshall Douglas Smith seems to have disappeared off the face of the Internet. Hmmm.